Learn about the History of Cascada de las Animas

Cascada de las Ánimas is an ecotourism entrepreneurship linked to the Astorga family, which is deeply rooted in San Alfonso. To this picturesque little town in the middle of the Maipo Canyon, came the daughter of Tomás Barriga and Carmen Grossi, Florinda Barriga, to establish herself at the end of the XIXth century.5At that point in time, Cascada de las Ánimas was a farm, mainly dedicated to cattle ranching. 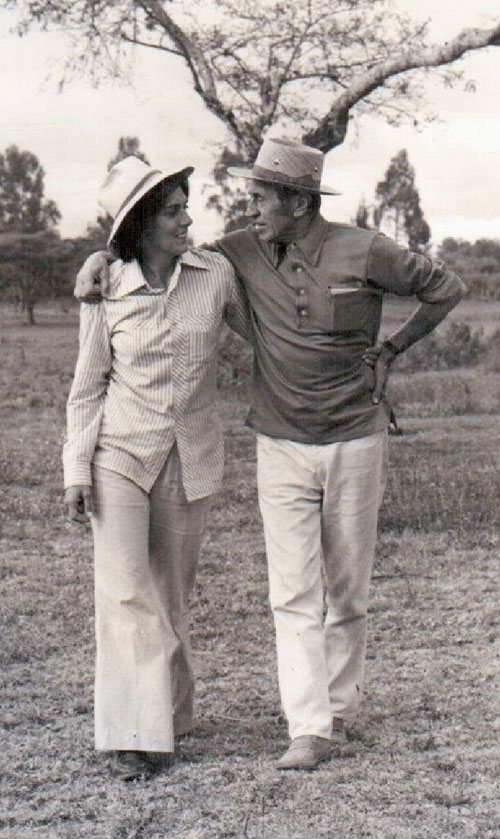 Cascada de las Animas is owned and managed by a local Chilean family with a long history in the Maipo Canyon. The story of the Astorga Moreno family in the Maipo Canyon begins in the year 1840 when Tomas Barriga Castro and Carmen Grossi Ross moved into the Maipo Canyon and lived in San José de Maipo, a thriving colonial mining town that was the center of social and economical activity in the area. Tomas and Carmen had several children, including Florinda Barriga Grossi who later moved to the small farming community of San Alfonso where her father had purchased a large undeveloped tract of land. Here, Florinda met Maximo Astorga, the manager of the Volcan silver mines located at the upper reaches of the Maipo Canyon. Maximo and Florinda fell in love and married, and spent most of their lives in San Alfonso raising and educating their eight children.

In the early 1900’s Maximo donated a portion of his land to form a proper township for San Alfonso where a school, football field, community center, co-ops, railway station and other improvements were built. One of Maximo’s sons, Eduardo, later purchased additional lands across the Maipo River and these lands along with land Eduardo inherited from his father was collectively know as Fundo Cascada de las Animas or Waterfall of the Spirits Ranch after a large waterfall located on the property of the same name. In 1950 Eduardo, a long time bachelor, met Eugenia Moreno Ramirez who was spending the summer in San Alfonso. Love bloomed, they were married and the resulting union produced 10 children, who now collectively own Cascada de las Animas.

The family was forced to flee Chile during the military coop led by General Augusto Pinochet and lived five years in exile in Ecuador. After returning to Chile in the late 1970’s, Eduardo, a Cambridge University educated agricultural engineer, and his free spirited clan were faced with the reality of a changed economic and political climate and begin to search for ways to support themselves and their ranch. While other large Chilean ranches were turning to industrial farming, timber harvesting, and mining to bolster revenues, the Astorga's went against convention and embraced the ideas of the emerging back-to-nature ecology movement which meshed perfectly with Eduardo's desire to implement his ideas on land conservation and low impact agriculture. Leading the way in Chile, the family began to build the first minimum impact eco-tourism complex in Chile to provide facilities and adventure activities to the general public.

In 1992, not long after the military dictatorship ended, the family became embroiled in a three year battle against a government supported global gas consortium who wanted to build a natural gas pipeline through the heart of Cascada de las Animas to carry gas from Argentina across the Andes into Santiago. The debate pitted the Astorga's, who were willing to protect their land at all costs, against the deep pockets of the consortium and a government bureaucracy who were used to getting their way by using force and coercion. With a large collection of friends and environmental supporters, the debate reached a head when a peaceful protest was staged in San Alfonso and the national police violently attacked the group. The controversy attracted international attention, and as the outside world became aware of the controversy they sided with the Astorga’s. Under intense local and international pressure, the government relented and the pipeline was rerouted around the Astorga's property. In the process, in 1995, the ranch was declared a Nature Sanctuary by the Chilean government - one of the first of it’s kind in the country – and the Cascada de las Animas Nature Sanctuary was born.

Today, after hundreds of millions of dollars spent and years of effort, the famous pipeline stands unused due to increases in the price of natural gas and a changed political climate between Chile and Argentina. The project has come to represent the worse of political shortsightedness and corporate boondoggles, and the birth of the modern ecological movement in Chile.

Through six generations the Astorga clan has cared for, and protected it´s lands. Currently the Nature Sanctuary has numerous reforestation, erosion control and wildlife reintroduction projects underway. More than 30.000 trees have been planted in the last 10 years and a number of endangered wildlife species, endemic to Chile, are being released to the wild.

Cascada de las Animas is a place where visitors can experience the grandeur of nature in the Andes, surrounded by mountains, crystalline streams, powerful rivers and many species of native flora and fauna.